Over the past few months, the NowSecure team plunged into the depths of our mobile security intelligence to gather and correlate data in order to present a snapshot of the current state of mobile security “ the 2016 NowSecure Mobile Security Report. Some of the more interesting statistics we uncovered include:

The report’s sources include our NowSecure Intelligence engine that collects more than 140 million mobile security data points per day and the analysis of more than 400,000 mobile apps from the Google Play app store. We tested these apps using our dynamic analysis system that automates and scales the analysis of mobile apps using real devices to test for high risk security problems.

We define high risk security flaws as issues that expose data that a malicious individual could use to gather private, sensitive information and/or monitor a user’s activity. The report categorizes high risk issues as follows:

The chart below illustrates the percentage of Android apps overall that include these security issues. 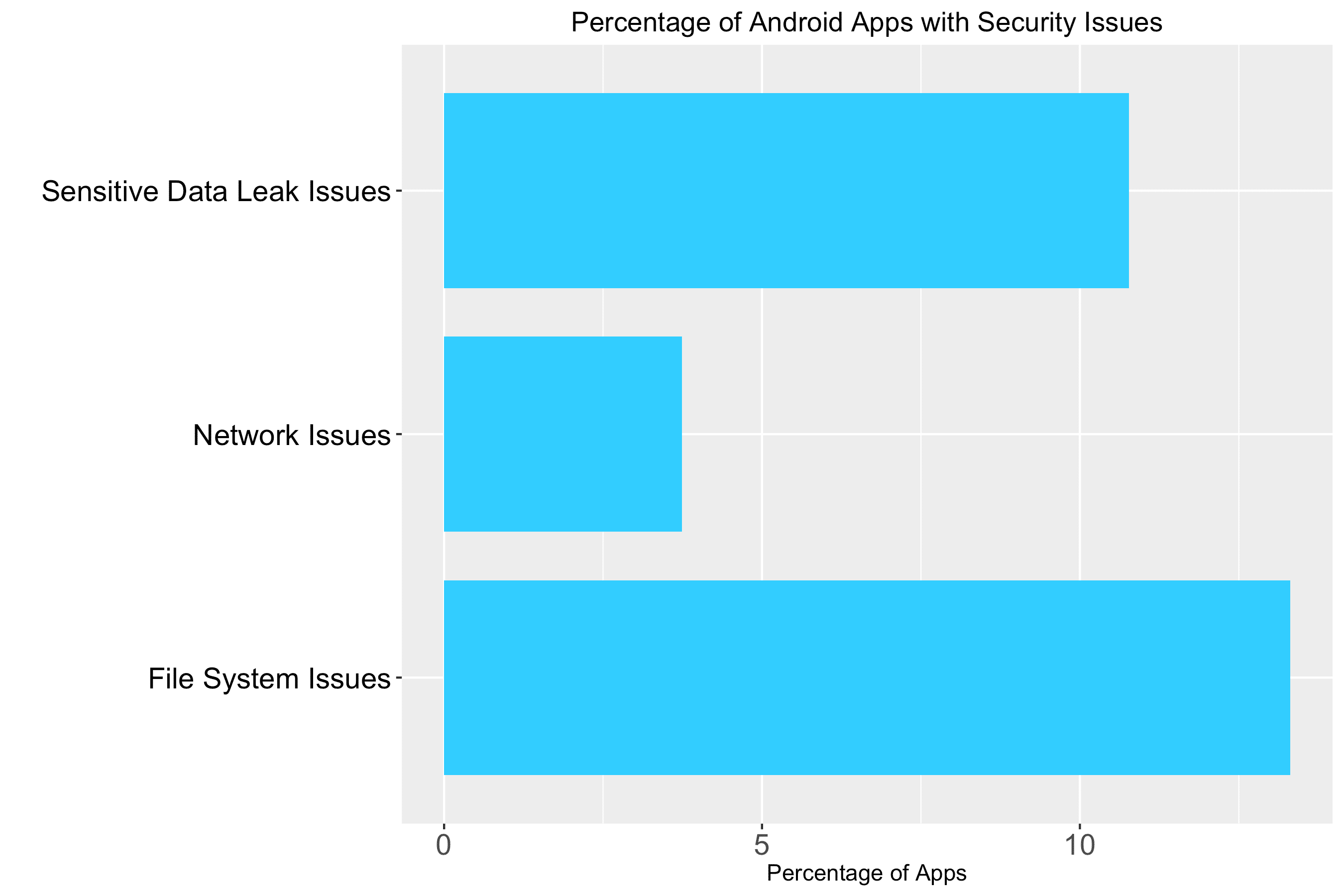 Out of all the mobile apps we tested, 13.3 percent had file system issues. The prevalence of sensitive data leak and network issues in all mobile apps was 10.7 percent and 3.8 percent respectively. To read more about the mobile security trends we’ve identified and findings across five popular app categories, including Business, Finance, Games, Shopping, and Social, download the report now.