Answering the first question proved fairly straightforward as BBM didn’t appear to require a password prior to entering the application, which meant there could be no encryption key for data in transit. To discover how the BlackBerry program treated data at rest, SGP utilized viaLab’s forensic analysis tool, which allowed them to find text messages stored locally within an unencrypted SQLite database. The story used an informative graphic featuring viaLab’s desktop interface (below) detailing how this was done. To discover whether BBM secured sensitive data, SGP looked at how BBM accesses the device’s local address book to pull known BBM contacts, and adds the BlackBerry PINs to your BBM contacts. Because these PINs can be used by BlackBerry to track the device through its geolocation sensors, Ford noted is possible that other parties might be able to track the device as well. Ford then touched upon how his researchers perform penetration testing on Blackphone’s own competing Silent Text app, using viaLab to run automated MITM, SSL Proxy, and SSL Strip attacks against it. The story also featured a screenshot (below) taken of viaLab’s interface to contrast the transparency of BBM’s database to that of Silent Text’s.

This was a compelling case study that highlighted some of viaLab’s capabilities, and it’s great to see companies utilizing viaLab to help test the security of their own apps and raise awareness about the sometimes complex issues surrounding mobile security. 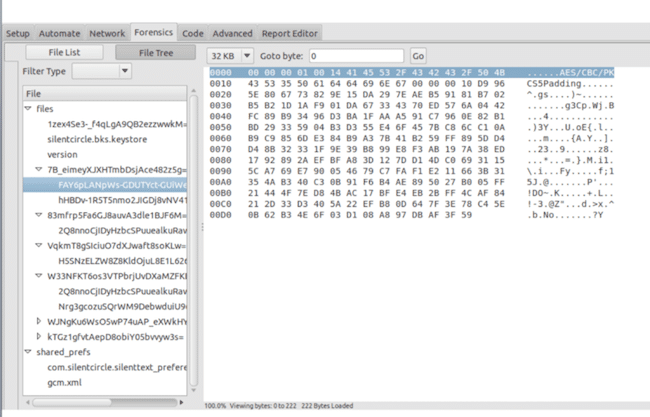 For more info on viaLab, or to schedule a demo contact us today.